Art Direction, UI Design, Branding
Project Overview
Like-Moi! is a French-Canadian comedy TV show and one of the big regional TV breakouts of the last few years. The show targeted millennials, and we had the request to develop a custom website where the episodes could be streamed.

On top of the website, we developed original interactive projects every year for the first three seasons to keep the audience engaged: an online magazine with fun stats and info (season 1), a series of HTML-5 mini-games (season 2), and a mobile stickers app (season 3).
Infos
Agency: Turbulent
Client: Télé-Quebec
Years: 2016-2018

My Contributions
As the lead interactive Art Director on the project, I was part of the brainstorms when the show was only a script. I based the project's look and feel on the credits animated sequence produced for the show, which quickly became a fan favourite once it aired.

For each of the first three seasons, we opted to enhance the website with new interactive modules to keep the audience engaged. I was part of the team that pitched different concepts to the show's creative team, then I designed each interactive project's main screens, including mock-ups, prototypes, animations, as well as creating memes and gifs myself.

I co-directed photoshoots with the cast to produce custom assets for those interactive projects, like custom still images and animated GIFs. 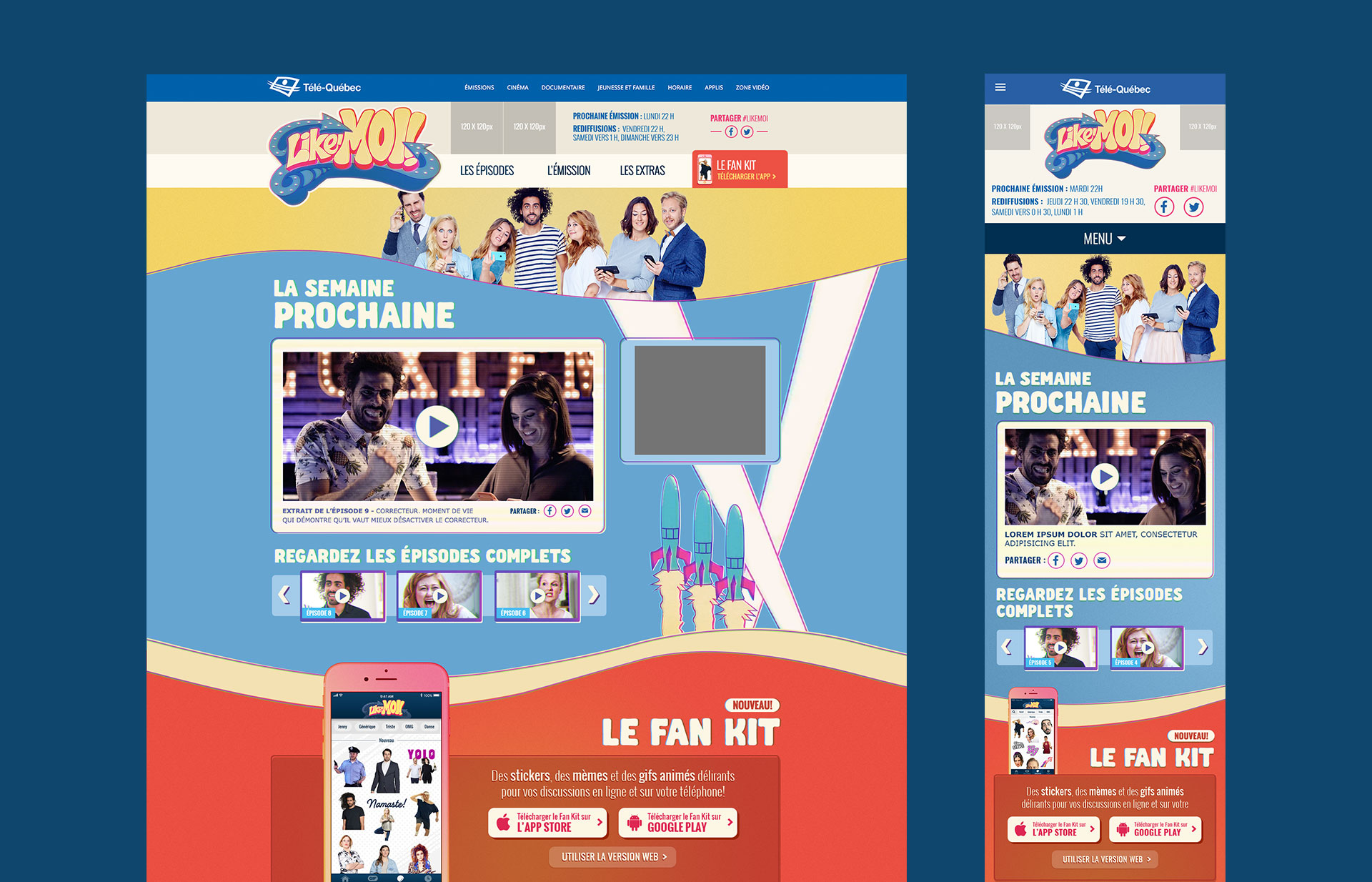 Website
The Like-Moi! website was the first interactive piece I designed and it became the central hub for fans to watch the show and share clips and full episodes. 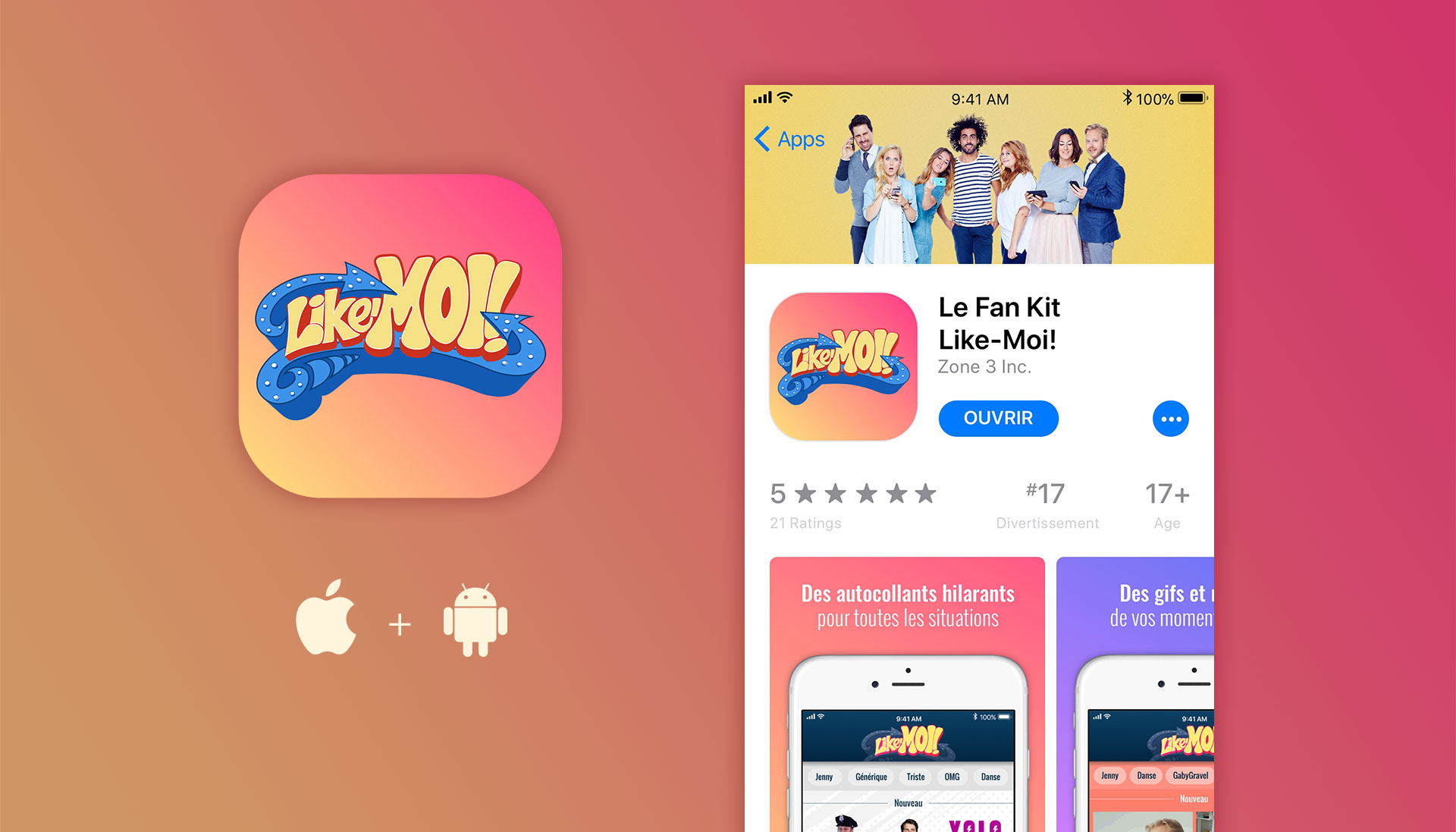 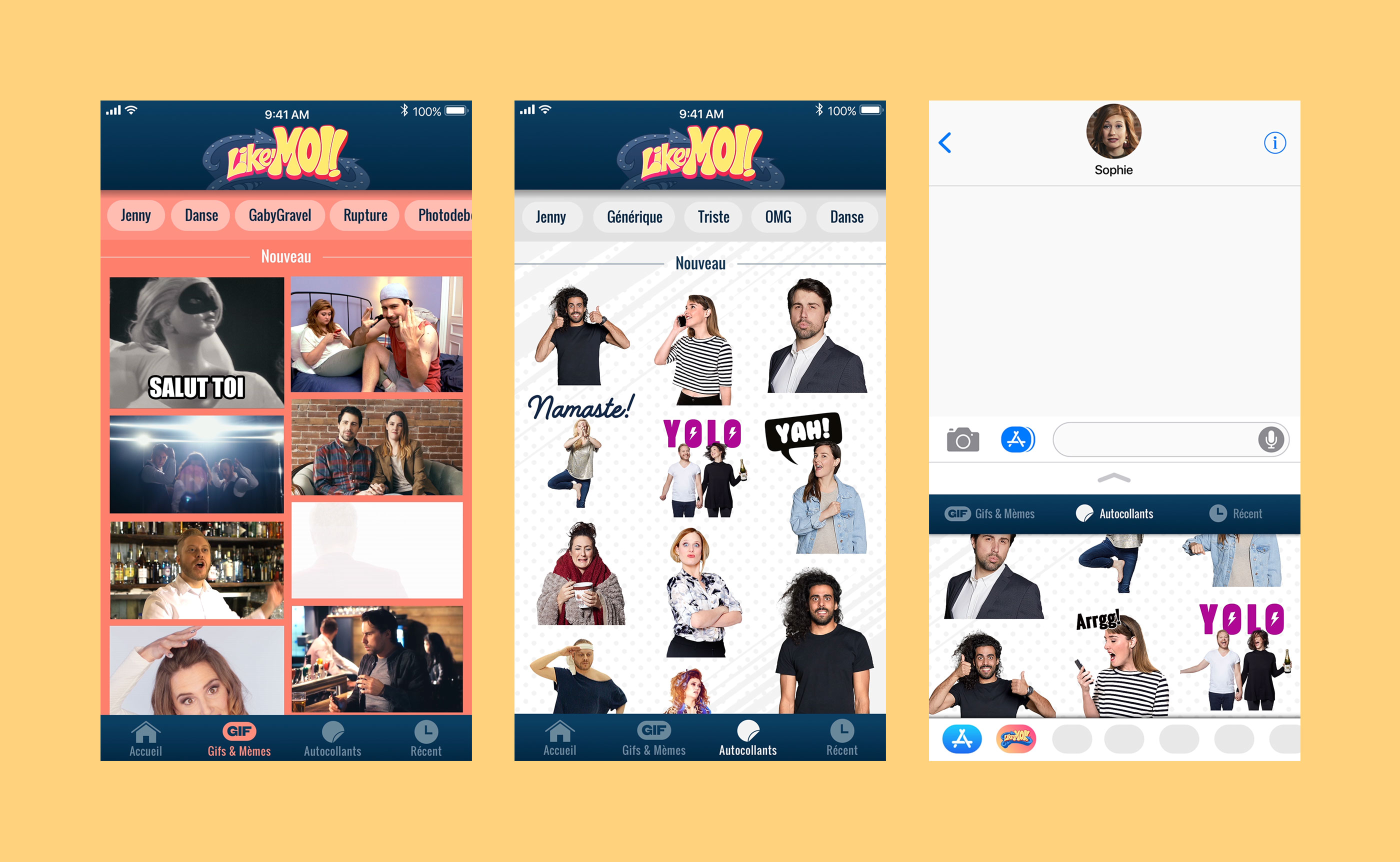 Stickers app
To support the launch of the third season, I designed a Stickers app coincidental with the launch of Apple's own iPhone Messages app store. Fans were able to use custom stickers of their favorites characters in iMessage or any social media app on iOS and Android. 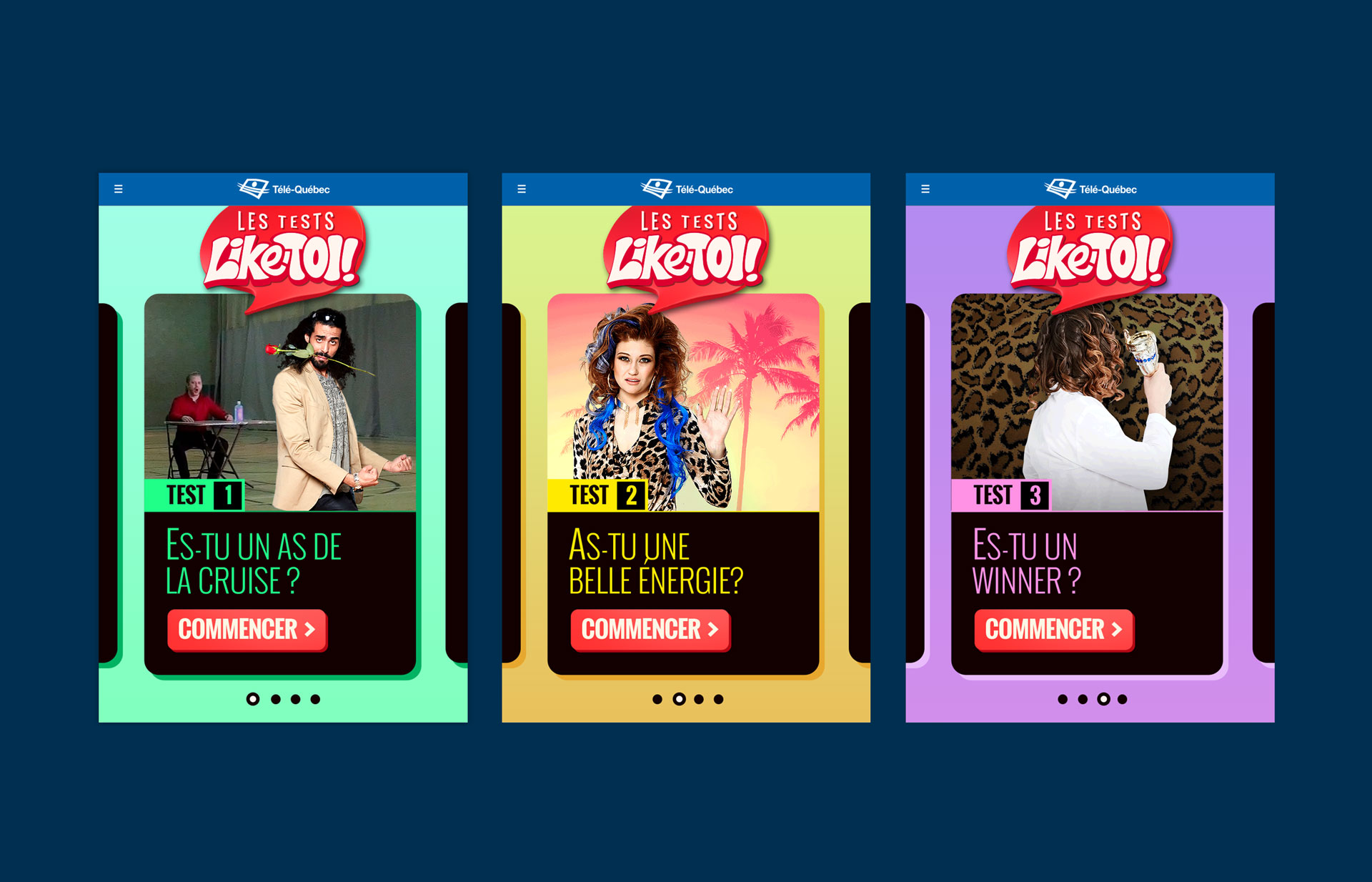 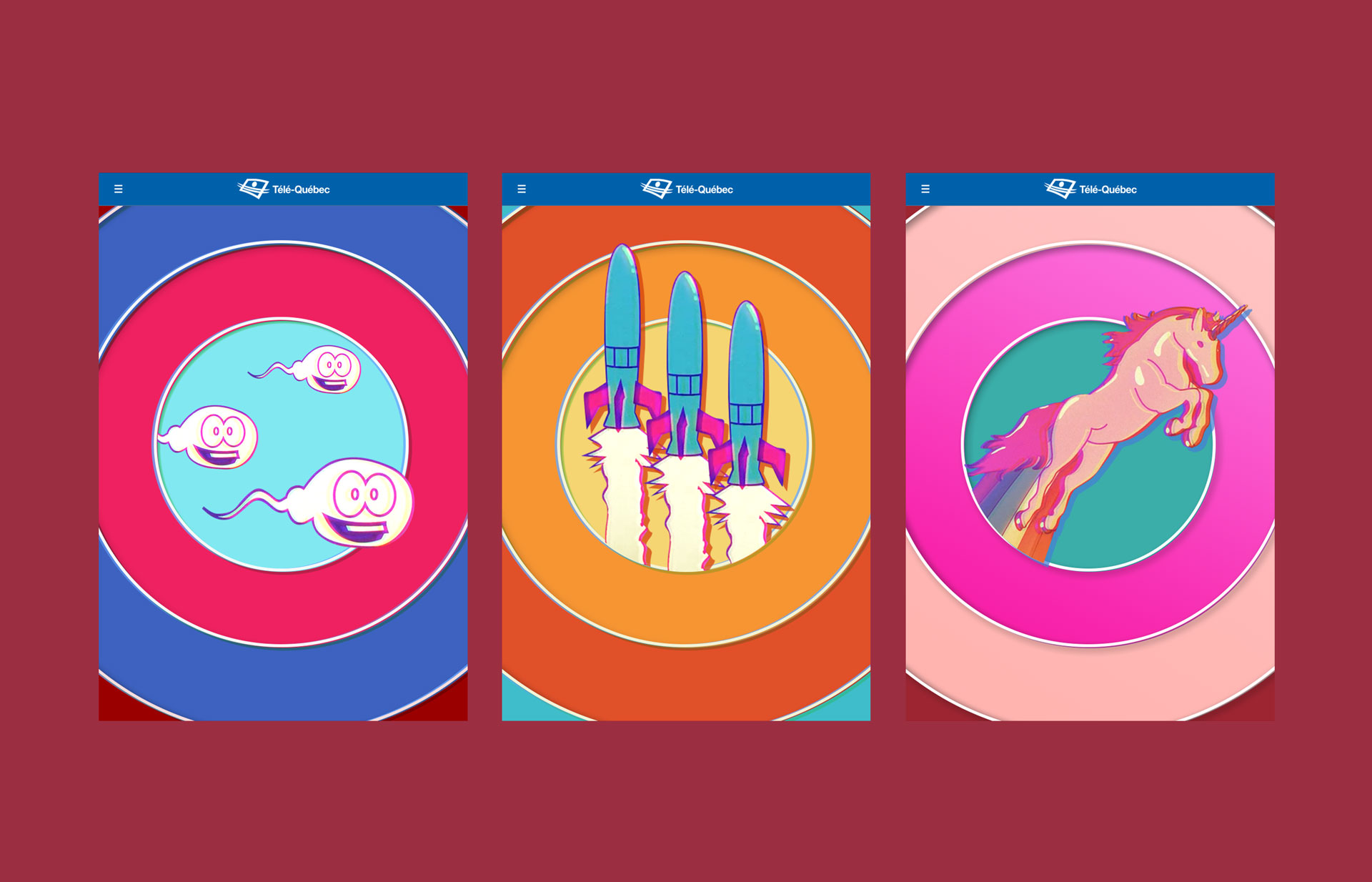 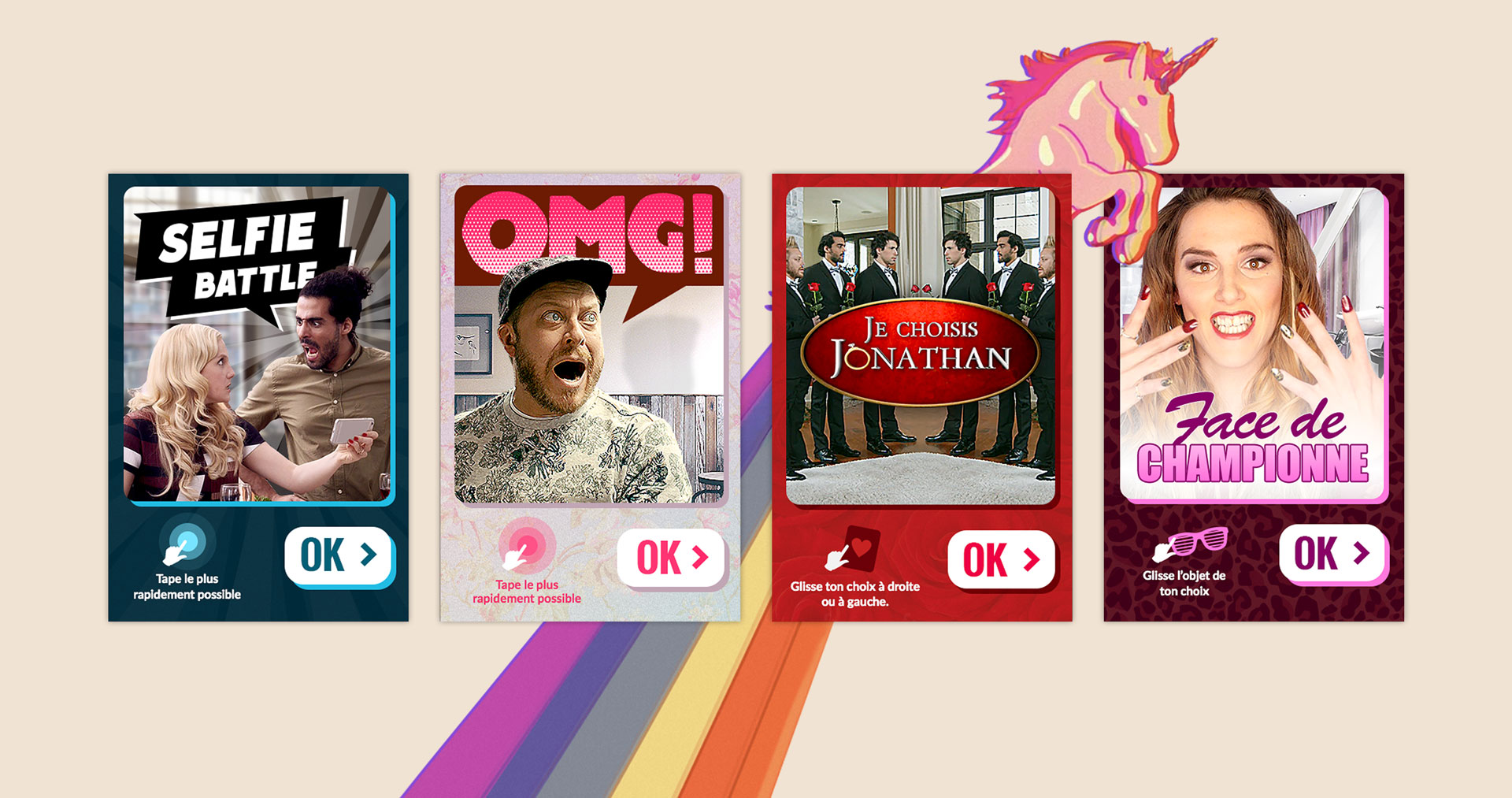 Mini-games
We launched a series of mini-games during the second season, timed with the release of each episode, featuring characters and scenes from the show. 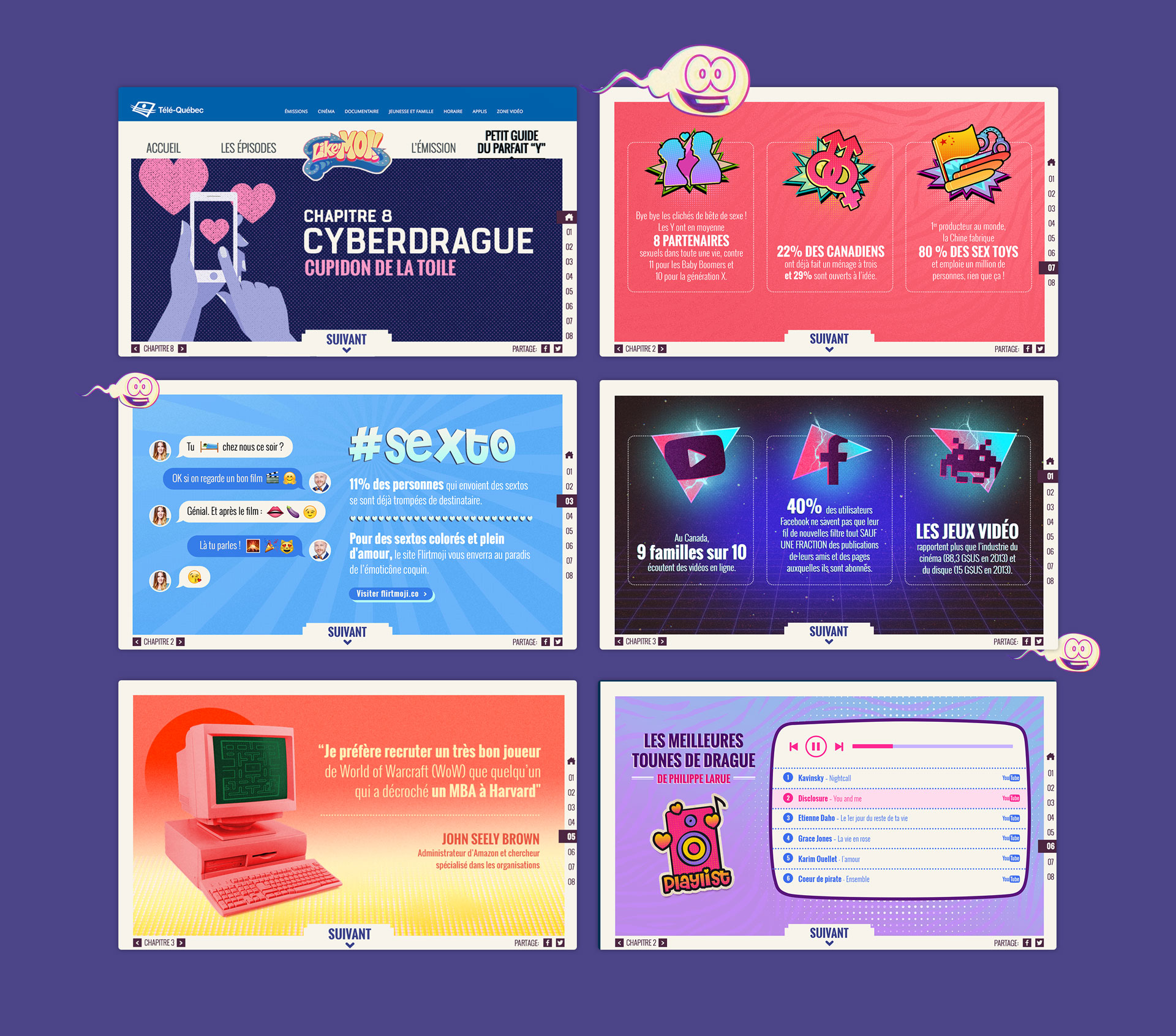 Magazine
With the launch of the 1st season, we enhanced the website with an eight-issue digital magazine, with data and facts about the millennial generation. I created most of the illustrations, motion design, and I designed the layout for mobile and tablet first.
Next project
PleaseFix